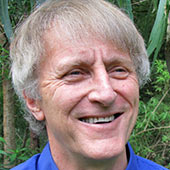 We are working hard on retaining South Australia's and Tassie's GM-free status till 2019, when it is due to expire on September 1, in the normal course of events. The GM moratorium in SA has had the support of all parties since its introduction in 2003, when the OGTR issued commercial GM canola licences to Monsanto and Bayer.

The following data supports the GM-free stance. On the figures we can secure, below, we conclude:

For the latest news visit Gene Ethics Facebook at: http://tinyurl.com/czgdz6c